CEED Cutoff 2023 - The Indian Institute of Technology (IIT), Bombay will officially release the CEED 2023 cutoff in online. The cutoff of CEED 2023 will be determined by certain parameters. As per the last year's CEED cutoff, the expected qualifying marks in Part A will be 24.58 for OPEN category candidates, 22.12 marks for OBC/ EWS, and 12.29 marks for SC/ST/PwD category candidates. Before that, IIT Bombay will release the mean and standard deviation for Part-A (CEED 2023). The expected mean deviation will be 18.62, while the standard deviation will be 11.93. 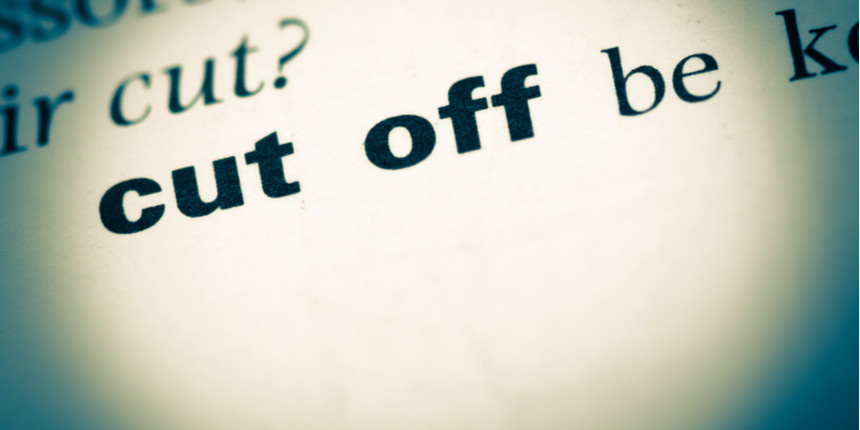 CEED 2023 cutoff mark for Part A is the minimum mark students need to secure to qualify for Part-A. Note that the Part B of the CEED cutoff 2023 will be evaluated only if the candidate has qualified for Part A. Aspiring students are required to secure a minimum CEED cutoff to gain M.Des admission at IIT Bombay, Kanpur, Guwahati, Hyderabad, Delhi, Roorkee, IIITDM Jabalpur, and IISc Bangalore.

Students must note that the CEED cutoff varies from program to programme and it is not the same among the institutes. CEED exam consists of two parts - Part A and Part B. The marks obtained in CEED part A are used to shortlist candidates. CEED part B answer books are evaluated for those candidates who are shortlisted from Part-A.

The final CEED score is calculated by giving 25% and 75% weightage to marks obtained in Part-A and Part B respectively. Based on the past year's CEED cut-off, we mention the qualifying marks. Candidates can check the CEED cutoff for reference purposes.

Candidates can check the important highlights of the CEED 2023 cutoff which are mentioned below.

Aspiring students are required to obtain the specified minimum percentage of marks as per their category to qualify for Part A. In accordance with the category, the CEED cutoff 2023 for Part A will be calculated in the following aspect mentioned in the table.

CEED part B will be evaluated manually for the candidates who qualify for part A. CEED part B contains a subjective question and there are no model solutions for the same. The minimum percentage is mentioned in the table below.

IIT Bombay made changes in the CEED shortlisting criteria last year. The formula to calculate the CEED cutoff has changed. The new formula to determine CEED shortlisting criteria is as follows: µ + (σ 2) = δ, where µ and σ are the average marks and standard deviation of the distribution of marks obtained by all the candidates in Part-A of CEED 2023.

The µ and σ will be rounded off after the first decimal place. The candidates belonging to the reserved categories shall have to fulfill a relaxed cut-off mark, which will be:

For reference, candidates can go through CEED 2020 qualifying marks in Part A of the exam as well CEED score in the table below:

Question: When will the concerned authorities release the cutoff of CEED 2023?

IIT Bombay will officially release the CEED cutoff 2023. The cutoff of CEED will be determined by certain parameters.

Question: When will IIT Bombay declare the CEED result 2023?

IIT Bombay will declare the result of CEED 2023 in the second week of March 2023 on the official website - ceed.iitb.ac.in

Question: What are the factors which determined the CEED cutoff?

Question: What is the validity of the CEED scorecard?

CEED scorecard 2023 is valid for one year from the date of the declaration of the result.

Question: What is mean and standard deviation for Part-A (CEED 2023)?

CEED Exam Analysis 2023 - Candidates will be able to check the...

can I get a sample of previous papers

------ Also if you want previous year papers , sample papers, mock tests then I would like to inform you that you can find it on the web.

You just have to open your browser, type the name of the entrance examination and the year for which you seek PYQ paper and then after you search it, you will find numerous results for your query.

There are various sites available that provide all these information without charges, you can save it from there for future reference.

Mdes is an excellent degree for creative people, and your job and compensation will improve as a result. You can, in fact, apply for MDES.

You must succeed in the CEED, an annual design entry test. The majority of Indian schools, including NITs and IITs, accept CEED scores as proof of eligibility for MDes.

A select few universities, like IIT Kanpur and IISC Bangalore , also accept GATE scores. Engineering students have a second opportunity to apply for MDes without having to submit a CEED score.

BE, BTech, BDes, or BArch with a minimum cumulative GPA of 50 percent (pass grades for SC/ST) are required.

How to Prepare for CEED 2023 – Strategies and Preparation Tips