CEED Exam Pattern 2023 - The Indian Institute of Technology (IIT) Bombay specifies the CEED 2023 exam pattern which includes the details of the structure of the CEED exam, type of questions, difficulty level, duration of the exam, and so on. Candidates going to appear for this design entrance exam must be familiar with the CEED paper pattern set for the CEED entrance test. According to the CEED exam pattern 2023, the entrance test consists of two parts - Part A and Part B. 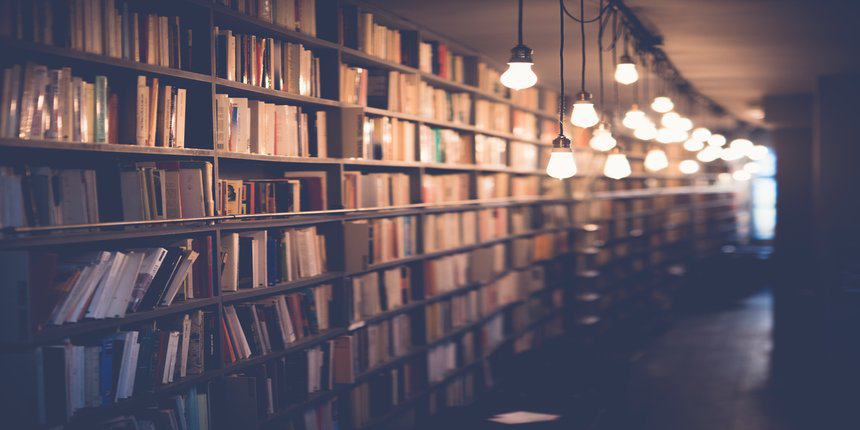 Students must familiarize themselves with the CEED 2023 exam pattern thoroughly so that they can devise a preparation strategy. CEED exam will be conducted on January 22, 2023, from 9 am to 12 pm. Check the article CEED exam pattern 2023 to know all the structure of the exam such as marking scheme, type of question, exam duration, and many more.

CEED exam is a computer-based entrance test conducted to evaluate candidates' aptitude in the field of design. According to the CEED 2023 exam pattern, Part A will be conducted in online mode whereas Part B will be held as an offline test.

As per the CEED exam pattern 2023, CEED will be a three hours long CBT-based test wherein candidates have to attempt Part A in 1 hour. Students will get 2 hours to answer the questions in Part B. The table below gives an insight into the details of the CEED exam pattern.

Part A is a computer-based screening test conducted to scrutinize candidates' visualization and spatial ability, environmental and social awareness, analytical and logical reasoning, language and creativity, observation, and design sensitivity. The format of the question for part A is mentioned in the table below.

Question Paper Structure of Part A

As per the CEED exam pattern 2023, Part B of the entrance test will be conducted in pen and paper mode. Part B is held to test a candidate's drawing, creativity, communication skills, and problem-identification skills. The table below contains the format of the Part B question.

Question Paper Structure of Part B

CEED 2023 syllabus will contain the important topics of the entrance test. It is significant for the students to understand the concepts of the topics which are included in the CEED syllabus 2023. Knowing the CEED syllabus in detail helps candidates in better preparation. The syllabus of CEED 2023 is as follows,

IIT Bombay has introduced changes in the syllabus and exam structure for CEED entrance exams. The revised syllabus and structure of CEED will be effective in 2024.

As per the new paper structure of CEED, the question paper will consist of 2 parts - Part A and Part B.

Question: What is the duration of CEED 2023?

According to the CEED 2023 exam pattern, the duration of the exam is the 3 hours wherein candidates have to complete Part A in 1 hour. Students will get 2 hours to solve Part B.

Question: What is the maximum marks allotted in CEED Part B?

A total of 100 marks is allotted in CEED part B.

Question: Is there a negative marking in CEED 2023?

There are negative marking in two sections of Part A. IN MSQ, - 0.25 mark and in MCQ section, 0.5 mark will be deducted for each wrong answer.

Question: What is the mode of CEED 2023 entrance test?

CEED 2023 consists of two parts - Part A and Part B. The first part i.e Part A is a computer-based exam. However, Part B will be conducted based on pen and paper mode.

Mdes is an excellent degree for creative people, and your job and compensation will improve as a result. You can, in fact, apply for MDES.

You must succeed in the CEED, an annual design entry test. The majority of Indian schools, including NITs and IITs, accept CEED scores as proof of eligibility for MDes.

A select few universities, like IIT Kanpur and IISC Bangalore , also accept GATE scores. Engineering students have a second opportunity to apply for MDes without having to submit a CEED score.

BE, BTech, BDes, or BArch with a minimum cumulative GPA of 50 percent (pass grades for SC/ST) are required.

i wanted to know the syllabus M.Des NID for graphic design and CEED

Hope you are doing well.

The MDES Syllabus is divided into 4 semesters. The MDES Syllabus consists of the following subjects such as Introduction to Industry Practices, Sustainable systems and craft studies, Industry guided project proposal, Brand communication, etc. Wide ranges of specializations of the course like Automation Designs, Architectural Designs, Fashion, Interior Design, Gaming Design, Graphic Design etc. are available for any individual to explore.

FOR MORE INFORMATION PLEASE CLICK ON THE LINK GIVEN BELOW;