Updated on 3rd Dec, 2022 by Sundararajan

NID DAT 2023: The National Institute of Design conducts NID Design Aptitude Test (NID DAT) for the aspirants seeking B.Des and M.Des admission at NID campuses and other result-sharing institutes. The authority opened the application window for NID Entrance Exam 2023 on October 21, 2022. Candidates can fill out the NID DAT 2023 registration form till December 16, 2022.

Candidates who missed out on the opportunity to fill out the NID DAT 2023 application form within the last date, can fill it out by December 19 by paying the late fee. It is mandatory for the aspirants to meet the stated NID DAT eligibility criteria to apply for NID Design Aptitude Test.

Applicants can review and edit the NID DAT 2023 application form except for the candidate's name, date of birth, programme applied in, registered mobile number, and email address. Applicants have to pay the applicable additional application form fees if they change their applied category during the “Window to Edit” period. In the case of any category change, the excess fee paid during the registration will not be refunded. The correction window of the NID DAT 2023 application form will be active from December 20 to 22.

NID DAT Mains 2023 for MDes will be held from March 20 to April 23, 2023, in HYBRID mode on the NID campus. For B.Des, the studio test will be conducted from April 29 to 30, 2022, from 9 am to 1 pm. The candidates will be provided with an interface to choose a test centre of their choice between appropriate times.

What is NID DAT?

NID Design Aptitude Test commonly known as NID DAT is a two-tier design entrance test that consists of a prelims exam and a mains exam. The entrance test is conducted every year at the national level to shortlist students for B.Des and M.Des admission offered by NIDs campuses. NID DAT is conducted to assess candidates' knowledge, skill, and behavioural abilities. NID admission is wholly based on candidates' performance in NID DAT.

According to the last year's DAT aspirants and experts, the overall difficulty level of the exam was moderate. Most candidates found the pictorial and diagram section to be very tricky, however, the general knowledge section is easy to moderate.

Another student said, “The NID DAT questions were quite lengthy and were moderate. However, I attempted all the questions and the reasonable and logical part was easy”. 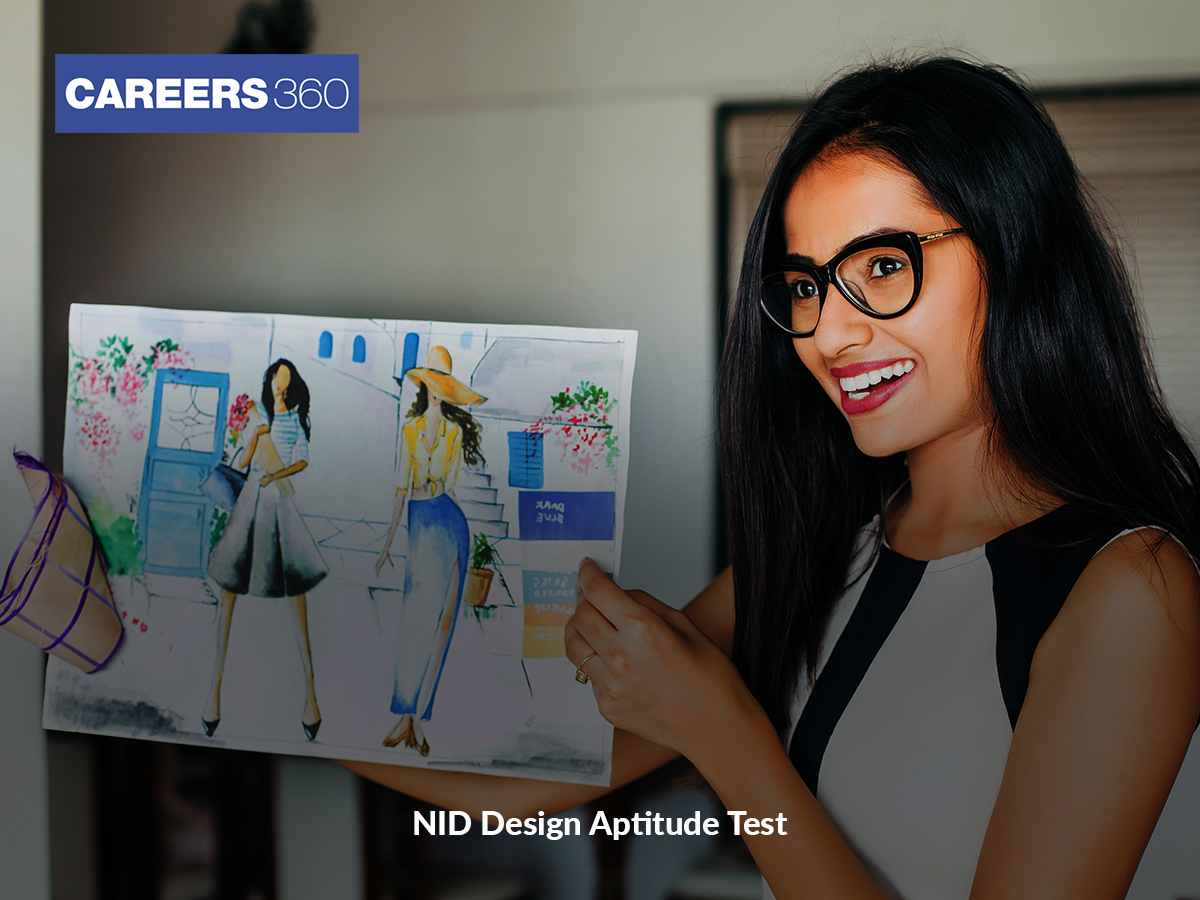 B.Des - Candidates should clear Class 12 from any stream ( Science , Humanities , Commerce ) from a recognized board such as CBSE , IB, ICSE , or their equivalent. Candidates appearing for Class 12 exams in 2023 are also eligible to apply.

Mode of Application : Offline and Online

The application form for NID DAT 2023 is available on the official website of NID from October 21 to December 16, 2022. Candidates belonging to general and OBC-NCL categories have to pay Rs 3000 as an application fee while those who are from SC, ST, SC- PwD, ST – PwD, Open – PwD, OBC – NCL – PwD pay Rs 1500. The steps that need to be followed while filling NID DAT application form 2023 are listed below:

To stand out from the rest, candidates should follow effective preparation tips. Besides showing dedication and sincerity, knowing a few practical tips help you to a great extent in cracking NID DAT. Careers360 brings here top tips on how to crack NID DAT and get admission to the renowned institute.

Quick links: How to prepare for NID DAT in 4 months

NID DAT exam pattern 2023 comprises the type of questions that are asked in the preliminary and mains exams. The exam pattern of NID DAT 2023 also mentions the duration of the exam, the total number of questions asked, whether there is a negative marking or not, and the medium in which the exam is conducted.

NID DAT prelims consist of two parts, candidates can go through the table below to know the exam pattern in detail.

NID DAT 2023 mains will be conducted in different formats. It includes sketching, drawing as well as hands-on model making.

NID will issue the DAT admit card for the prelims on December 30, 2022. Candidates can download NID DAT admit card 2023 by entering the requisite credentials, such as email address, and date of birth.

The admit card for NID DAT 2023 is an important document that candidates have to carry with them to the exam centre. The admit card carries important details such as the name of the candidate, the date and time of the entrance test, and the exact address of the test centre.

Step 2 - Enter login credentials, such as email address, and date of birth.

Candidates can match their responses with NID DAT answer key 2023 with those that they gave in the entrance exam. While calculating the marks, candidates must follow the same marking scheme that was given on the actual day of the exam.

Candidates can check their NID DAT final result by entering their email id and dob from the official website of the institute  - admissions.nid.edu. Follow the steps that are given below to check the NID DAT result.

The National Institute of Design released the NID DAT 2023 application form on October 21, 2022, on the official website admissions.nid.edu.

Question:What is the exam format of NID DAT mains 2023?

Question:Where will the prelims exam of NID DAT 2023 be conducted?

Question:Is there a negative marking in the written exam of NID DAT 2023?

There is no negative marking for the incorrect answer in the NID DAT entrance exam.

NID DAT 2023 counselling will be conducted online within 3 days from the date of result declaration.

The BDes and MDes prelims exam result for NID DAT 2023 will be announced on February 28 and March 30, 2023, respectively.

Question:What is the mode of the NID DAT mains exam?

The entrance test is administered every year at the national level to assign students for B.Des and M.Des admission offered by NIDs campuses.

It is administered to evaluate candidates' proficiency, ability, and behavioural aptitudes. NID entry is a completely established aspirants' achievement in NID DAT.

what are books to get to study for NID DAT/ AIEED??

Best Prepration Books for NID DAT/ AIEED are listed below.

To get more information about NDA DAT prepration tips, go through below mentioned link.

NID DAT exam will be conducted in two phases i.e Preliminary Exam and Mains Exam. Both the exams are for 3 hours. There will be maximum of 100 marks in each phase of exam. It is a paper and pen based examination. There is no negative marking. The medium of exam is English.

To get more information about Study Material for NID DAT go through below mentioned link.

May this information was helpful to you.

There are no information available regarding the NID DAT 2022 number of participants. So no confirmed figure can be provided. There are Approximately 125 B.Des seats (including reserved category). The examination is an offline mode examination and there are two stages mainly Prelims and Mains.

To know more about NID DAT visit the link below:

To know more about B.Des visit the link below:

I hope this answer helps. All the very best for your future endeavors!

Can we use alcohol based markers in the NID DAT exam for UG course?

There are no restrictions are available regarding the use of markers in the NID DAT examination. So you can obvious carry these markers and use it. Its completely your choice. The things you must not forget:

For NID DAT Do's and Don't visit the link below:

For NID DAT preparation tips, visit the link below:

I hope this answer helps. All the very best for your future endeavors!

NIFT Application Form 2023 (OUT): Registration, How to Apply Online, Fees

Eboook PDF has been sent to your Email ID successfully