UCEED Important Dates 2023 - The Indian Institute of Technology, Bombay (IIT Bombay) has released the official notification along with the UCEED 2023 important dates on its official website - uceed.iitb.ac.in. According to the UCEED important dates 2023, the application form for UCEED 2023 is available from September 30 and it will be closed on November 9. UCEED exam 2023 will be held on January 22, 2023. Read the complete article to know more details about UCEED exam dates 2023. 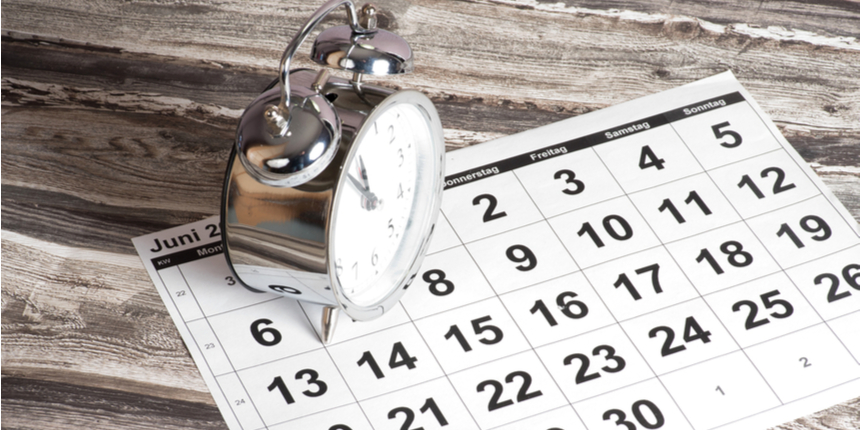 UCEED exam dates 2023 include the complete schedule of the Undergraduate Common Entrance Examination for Design such as the release of the application form, UCEED exam dates, results, and many more. Candidates must trace the UCEED 2023 exam date to avoid missing any crucial events.

If candidates find any discrepancies in the details mentioned on the UCEED admit card 2023 then they can report to the examination authority for modification by January 17, 2023.

According to the UCEED important dates, IIT Bombay will conduct the UCEED 2023 on January 22, 2023, in various UCEED exam centres. Candidates must report to the allotted UCEED exam centres at least two hours prior to the commencement of the exam to avoid haste in the later hours.

The authority will release the draft UCEED answer key 2023 on January 24, 2023, in online mode. Candidates will be able to challenge the provisional UCEED answer key if they find any discrepancies in it. However, students will have to provide adequate information to support their comments till January 26, 2023.

IIT Bombay will release the final UCEED 2023 answer key on January 30 after compiling all the comments from the candidates.

The Indian Institute of Technology Bombay will announce the UCEED result 2023 on March 9, 2023, on the official website uceed.iitb.ac.in. Students can check the UCEED result from the ‘Candidate’ portal by providing the required details. UCEED scorecard will be available to download for the qualified candidates along with the result.

No, UCEED 2023 registration has started on September 30.

Question: How many times UCEED is conducted in a year?

UCEED is conducted once a year.

Question: When will IIT Bombay release the UCEED answer key 2023?

Question: When will UCEED 2023 official notification be released?

IIT Bombay has released the UCEED important dates 2023 along with the official notification on the official website - uceed.iitb.ac.in.

Question: When will IIT Bombay announce the UCEED result 2023?

The Indian Institute of Technology, Bombay will announce the UCEED 2023 result on March 9, 2023, in online mode. Candidates can check the result from the official website by furnishing the requisite details. Along with the result, candidates can download the UCEED scorecard.

Question: When can I download the UCEED admit card 2023?

Question: When will the IIT Bombay conduct the UCEED 2023?

The Indian Institute of Technology, Bombay will conduct UCEED 2023 on January 22, 2023, in 24 cities across the nation.

Question: When will IIT Bombay release the UCEED 2023 registration form?

The Indian Institute of Technology Bombay released the UCEED application form 2023 on September 30. Candidates must go through the eligibility criteria of UCEED 2023 before filling out the application form.