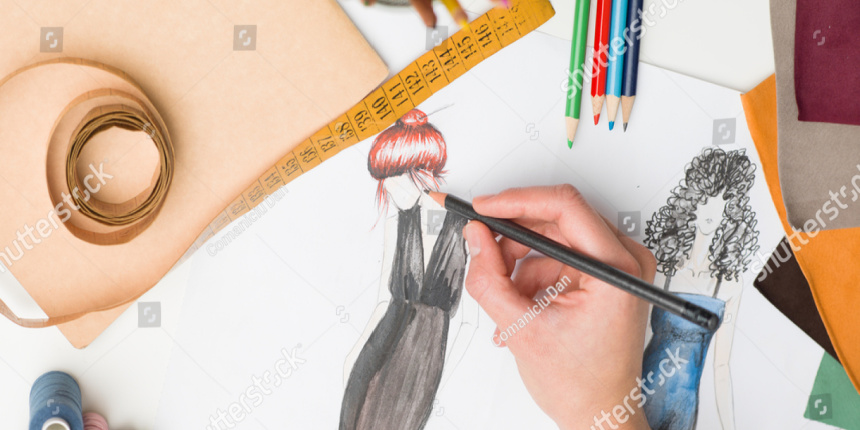 The total duration of the exam was 3 hours. A maximum of 26 questions were asked and the pattern of the question is both subjective and objective. Most of the students found the pictorials and diagrams quite tricky, however, the GK section was easy to moderate.

According to another student, the overall difficulty level of the NID DAT 2023 exam was moderately difficult. The English section was easy, however, there were some tricky questions in the pictorial and diagrams section.

According to the inputs from experts and students, the overall difficulty level of the NID DAT 2022 prelims exam was moderately difficult. Students all over the nation compete in the NID DAT entrance test for over 125 seats. Candidates found NID DAT 2022 quite challenging with the maximum number of competitors.

Through NID DAT exam analysis, students will get a clear picture of the exam day. The total duration of the exam was 3 hours. A maximum of 36 questions were asked and the pattern of the question is both subjective and objective. In the general knowledge section questions related to COVID-19, vaccines, and Padma Shree Awards were asked. Most of the candidates found the pictorial and diagrams section quite tricky, however, the general knowledge section was moderate.

While speaking to the correspondent of Careers360, Anand said “The NID DAT questions were quite lengthy and were moderately difficult. However, I attempted all the questions and the reasonable & logical section was easy”.

According to Neha, the overall difficulty level of the questions was moderately difficult. The English section was easy, however, there were some tricky questions in the pictorial and diagrams section.

As per the exam analysis conducted by the team of Careers360, the general knowledge section was tough however the non-verbal and logical questions were not difficult. Candidates were able to complete the exam within the allotted time. The prelims paper consists of two parts - Part 1 and Part 2. Part 1 contained multiple-choice questions which were of a total of 30 marks.

While Part 2 is a subjective type of question that contains two questions of 15 marks each and the other four questions of 10, 12, 13, and 5 marks respectively. Part 1 questions were framed based on general and history. Whereas questions of Part 2 were asked based on the pattern.

Types of Questions asked in the NID DAT 2021 Prelims Exam

The following questions were asked in the prelims exam of the NID DAT.

Objective Part - As per the exam analysis of the NID DAT the objective section consists of 22 questions with a maximum of 30 marks. The objective area was general knowledge, textile, and reasoning-based questions, which were of the 10th standard level.

Subjective Part - It was the drawing section where test takers were given a blank space to draw. The type of questions asked in the drawing section - draw a real-life situation of all that is ‘gold does not glitter’ including 5 lines of interpretation, ‘design a circular stamp in memory of Mahatma Gandhi’s 150th birth anniversary.

NID DAT Question Papers Along with the Answer Key

The examination cell prescribes the cutoff of the NID DAT which specifies the minimum qualifying marks to be eligible for admission to the design course. The factors which are determined while preparing the NID DAT 2023 cutoff are as follows.

Candidates will have to appear for the second stage- NID DAT mains at one of the NID’s campuses in Ahmedabad, Bengaluru, Gandhinagar, Haryana, Andhra Pradesh, Assam, and Madhya Pradesh if they clear the prelims exam.

The examination cell will conduct NID DAT mains from March 20 to April 23 for M.Des and from April 29 to 30 for BDes. NID DAT counselling 2023 will be held at the Ahmedabad campus most likely in the first week of July. The shortlisted candidates will have to attend the admission procedure in person at the allotted centres.

Question: When will the examination cell declare the result of NID DAT?

The National Institute of Design will declare the result of the NID DAT prelims exam in online mode on February 28 for MDes and March 30 for B.Des. The final result of NID DAT 2023 will be declared on May 16 for MDes and May 18 for B.Des.

Question: What is the selection process of NID DAT?

The NID DAT entrance test comprises two parts - prelims and mains exam. NID conducted the prelims exam on January  8, 2023. The qualified candidates will have to appear in the NID DAT mains exam which will be conducted from March 20 to April 23 for M.Des and from April 29 to 30 for BDes.

The examination cell will release the final shortlist list where those candidates included in the list have to appear in the NID DAT counselling.

NID DAT is a national level exam conducted every year to offer admission in the design domain. To crack the NID DAT entrance test, students must have effective exam strategies to tackle the exam easily. Students are advised to enhance their observation and visualization skills.

They must devote their time in preparing for NID DAT and have proper time management. Students must improve their general awareness knowledge and solve previous years' questions.

Question: What are the important topics for NID DAT preparation?

The topics for NID DAT prelims and mains exam are different. Students must look through the syllabus of NID DAT as the question of the entrance test will be prepared based on the specified topics. To know the important topics of NID DAT, click here.

Question: What is the difficulty level of the NID DAT entrance test?

NID DAT entrance test is comparatively easy if you prepare well and are aware of all the parameters of the entrance test. Students are advised to go through the exam of NID DAT and practice the sample paper to know the questions formats asked in the entrance test and overall difficulty level.

NID DAT consists of two parts - Prelims and mains. To appear in the mains exam students have to clear the NID DAT prelims exam.

B.Des vs B.Arch: Which is Better?

B.Des vs B.Arch: Which is Better? - Know the difference betwee...

NID will conduct the NID DAT 2023 to offer admission to the de...

The entrance test is administered every year at the national level to assign students for B.Des and M.Des admission offered by NIDs campuses.

It is administered to evaluate candidates' proficiency, ability, and behavioural aptitudes. NID entry is a completely established aspirants' achievement in NID DAT.

When will the NID DAT 2023 mains result declare?

what are books to get to study for NID DAT/ AIEED??

Best Prepration Books for NID DAT/ AIEED are listed below.

To get more information about NDA DAT prepration tips, go through below mentioned link.

NID DAT exam will be conducted in two phases i.e Preliminary Exam and Mains Exam. Both the exams are for 3 hours. There will be maximum of 100 marks in each phase of exam. It is a paper and pen based examination. There is no negative marking. The medium of exam is English.

To get more information about Study Material for NID DAT go through below mentioned link.

May this information was helpful to you.

When will the NID DAT 2023 mains admit card release?