CEED Study Material 2023 - Aspirants who wish to make their entry into the reputed IIT institutes for admission in M.Des programmes need to qualify for CEED 2023. Knowing the significance of the CEED exam, aspirants must get their hands on the best CEED study material 2023. A clear-cut exam strategy and effective CEED 2023 study material are required to prepare for the design entrance test. Being one of the most competitive design entrance tests, preferring the fruitful CEED study materials 2023 is imperative to tackle the exam with flying colors. 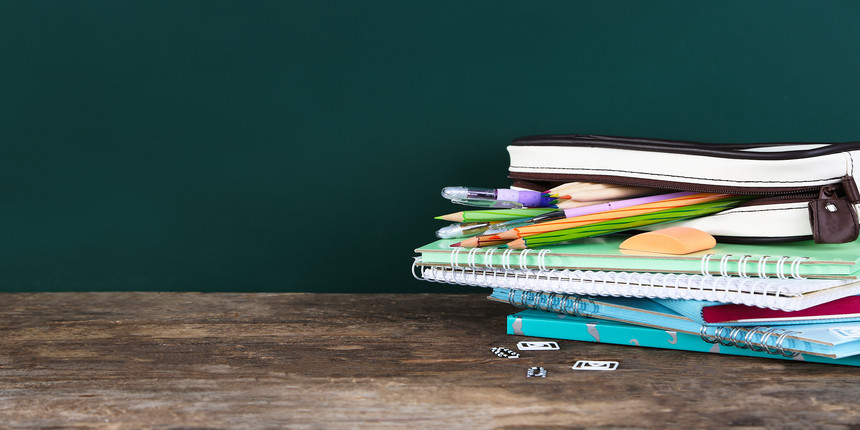 The Common Entrance Examination for Design (CEED) is a national-level entrance exam conducted by IIT Bombay to offer admission to design aspirants in the top IITs of India. CEED is conducted every year in 24 national cities. Before you start preparing for CEED 2023, understand the CEED exam pattern and syllabus thoroughly.

With the maximum number of candidates competing for CEED, the journey to get admission to top IITs may be a bit arduous. However, collecting the best study material for CEED preparation will help you at the time of preparing for the entrance test. Students usually enroll themselves in the premiere coaching institutes to crack various design entrance tests.

But self-study is sufficient enough to crack CEED 2023. You can prepare yourself at home by collecting the best books for CEED preparation.

CEED 3rd topper Pramod P.Ranjan said, “CEED aspirants should get a good mentor or small local training to prepare for CEED instead of going for a big branded coaching centre.”

You may get confused with the complicated diagrams, however, CEED question papers are enjoyable to solve. Aspirants must never underestimate the time and start their preparation for CEED 2023 at the earliest. Starting the preparation for the CEED exam in the early hours will give you enough time to cover the important topics.

Aspirings students must understand the parameters of the entrance test which are all included in the CEED 2023 exam pattern. CEED consists of two parts - Part A and Part B. Part A is a computer-based exam and Part B will be held in pen and paper mode. In part A, there is a negative marking, on the other hand, there is no negative marking in part B.

While preparing for CEED 2023, it is important to understand the concept of the topics which are included in the CEED 2023 syllabus. The syllabus of CEED is listed below.

The preparation tips of CEED are given below.

Question: What is the best study material for CEED 2023 preparation?

The CEED 2023 study material is listed below.

Question: What are the preparation tips of CEED 2023?

The preparation tips of CEED 2023 are listed below.

You are not permitted to carry any electronic devices and study materials to the CEED exam centres 2023.

CEED mock test 2023 will be provided to the students to unders...

WHAT IS A CEED EXAM AND which college I will get if I give CEED?

CEED is an entrance exam, Common Entrance Examination for Design. It's a three hour exam.

candidates are also eligible to take the CEED exam if they had passed GD Arts diploma programme (10+5 level) by July 2022.

CEED is an abbreviation for Common Entrance Examination for Design, which is administered by IIT Bombay for admission to M.Des (Master of Design) programmes at IIT Bombay, IISc Bangalore, IIT Delhi, IIT Hyderabad, IIT Guwahati, and IIT Kanpur, as well as Ph.D courses in Design at a few institutes.

The NIFT entrance exam is administered by the National Institute of Fashion and Technology for admission to its several design programmes.

The CEED exam is for admission to master's or doctoral degrees, but the NIFT exam is for both undergraduate and postgraduate studies.

If you are an undergraduate, you must prepare for NIFT, and if you want to pursue a master's degree, you must try to pass both tests so that you have a choice.

As for exam pattern,

Both exams have a slightly varied exam pattern.

The CEED examination (conducted by IIT, Bombay) is divided into two sections: A and B. Section A will have 41 questions, while Section B will have 5 questions ( 20 marks each question). Both sections will be worth 100 points each. Part A will be computer-based, whereas Part B will be pen-and-paper-based.

Part A will serve as a screening test, and those who pass it will be evaluated for Part B.

And for NIFT, the GAT paper for B.Des will comprise of 100 questions, for a total of 100 marks. And the number of questions for B.F.Tech will be 150. The exam is paper-based and takes place offline.

So you can surely give both the exams same time

Hope that helps you

I had a backlog in my undergraduate. I have cleared it. Am I eligible to write CEED and NID-DAT to get into Mdes programme?

To get a chance into top institutes of design course, with after completing your bachelor degree, into the masters of designing course, you can give various examinations including CEED  and NID DAT.

Get chance into IIT Delhi Bombay Guwahati Bangalore, as well as IIT DM Jabalpur and IISC Bangalore and also in other premium institutes, in Masters of designing course, you have to give CEED examination where you just should have basic eligibility criteria as like

If you you are in the category and have completed your backlog then you easily eligible to write CEED .

Otherwise if you want to have your Bachelor in designing degree from National Institute of designs then you should give the examination NIDDAT what that the basic eligibility criteria is that you should have complete your ten plus two level with any stream in this year from any government recognised boards. There is a minimum age limit as well.

Click on the link below to know more about NIT DAT

Click on the link below to know more about

Hope this will help you

Am I eligible for writing Ceed exam after completing my BSc Physics degree?Will colleges take me for MDes if i pass?

Yes of course you will be eligible for CEED. See Common Entrance Exam for Design (CEED) is conducted by IIT Bombay for admission to M.Des. programmes offered at IIT Bombay, Delhi, Guwahati, Hyderabad, Kanpur, IISc Bangalore and IIITDM Jabalpur.

As per the eligibility criteria of CEED released by IIT Bombay the candidate should fulfil the following requirements to be eligible for CEED :-

** The candidate should have completed 3-year degree/ diploma /postgraduate degree programme (after 10+2) or if you are appearing for your final year examination then also you can apply but make sure that you will complete your graduation program by the time of admission.

** If not above criteria then the candidate should have passed the GD Arts diploma programme (10+5) by July 2022.

** There is nor any age limit neither any limit on number of attempts.

Now if you qualify CEED with good score then you can definitely get admission to the aforesaid institutions for M.Des. program.

For more details kindly check out the link given below :-

I hope this information helps you.

The CEED exam is for maters in interior design?

The Common Entrance Examination For Design (CEED ) is conducted by the Indian Institute of Technology Bombay (IITB), on behalf of the Ministry of Human Resources Development (MHRD). CEED is the qualifying examination for admission to postgraduate Master of Design .

Eligibility: Candidates must have completed a degree/diploma / PG Degree program of a minimum of 3 Years (After 10+2 level), or must be appearing for the final examination of such program by July 2021, or must have passed the GD Arts diploma program (10+5 level) by July 2021. Before applying for CEED, Candidates are advised to check whether they meet the required eligibility criteria for admission to various institutes.