NID DAT 2020 Students’ Reactions - NID DAT 2020 is being conducted in 21 cities across the country in offline mode. The test takers reached the exam centre on the reporting time, which was 8:30 a.m. Careers360 interacted with test-takers to know how they will go about answering the questions. Go through NID DAT 2020 students’ reactions to know how they prepared for the exam. 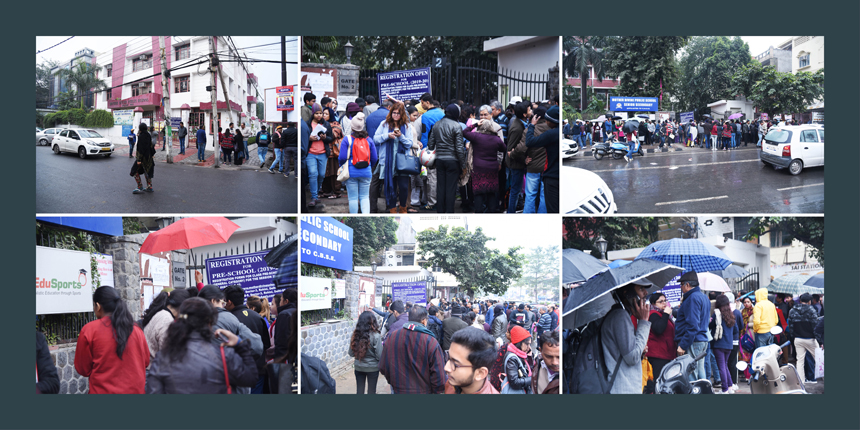 According to Aarya, The exam was lengthy and questions from general knowledge were tough. He could attempt all the sections. The easiest section to him was logical and non verbal. There were two to three questions on sequential drawing. Rabindra Nath Tagore once said, "where the mind is without fear and the head is held high." Students were asked to make a poster depicting this idea along with this tagline, which was of 10 marks.

Sanya Mohanty also appeared for NID DAT prelims 2020 exam and she shared her experience on the same. Sanya said, “ The difficulty level of the paper was average wherein more weightage was given drawing section. The were also questions majorly based logical and general knowledge. In drawing, we had to show our ability to be innovative regarding designing a product, which was difficult." She completed the paper on time. The were seven questions on drawing and 21 GAT questions. Also, 10 questions were from general knowledge, history and current affair. There were also logical questions based on diagram.

Khushi said that her exam went well and the difficulty level of the exam was average. She could not attempt all the questions as a few questions from diagram were left.

Mahinder Kaur who is one of the NID DAT 2020 test takers shared her strategy about answering the exam. She said “I prepared for basic English after referring to some books, which is of Arihant. I also bought books based on general knowledge for the preparation of the exam.” About the strategy that she is going to implement at the time of taking the test, Mahinder said, “I will focus on understanding the question because the more I will understand the question, the better answer I will give. When she was asked about the marks she is expecting to score, Mahinder said, “I am giving NID DAT for practice, my main aim is to crack NIFT.

Manaspi said that her preparation for NID DAT exam is good. For the preparation of the exam, she focused more on general knowledge, particularly arts, culture, dances, paintings of different regions of our country. As far as the marks is concerned, she said that she is not expecting anything. Manaspi will also appear in other design exams,such as NIFT and Pearl.

While speaking to Aarya about how she prepared for NID DAT exam,she said that she practiced a few sample papers that she got online and also prepared general knowledge by referring to different websites. She does not have any particular strategy in her mind that how she will go about answering the test. She will also appear in Shristi and UCEED exams.

Every premier design institutes asked the applicants to demons...

Hey are you preparing for the NID DAT entrance test? Check her...

While choosing books for NID DAT, you should remember to check for the latest edition of the book so that you can stay updated with the information and contents of the book. Some of the best books which I would recommend are:

How to go about choosing between Textile design & fashion design? Im class 12th student, Should I appear for UCEED, NIFT or NID DAT Entrance exam?

The creative, The soft side, The craft side of design also in accessories & also there in communication design and also there in Fashion & Textile design. Look again what do you like as a career. Would you like to work with Cloths, Accessories that has a lot of soft hand touch & feel and you don’t need to be on factory shop. So my suggestion is look at career, look at the kind of things they do & then choose, If you are very clear that you want to work with Textile or Fashion. Both are the very good options, The people who are working with Textile & Fashion Technology, They enjoy their work.

The NID entrance exam takes place in 2 levels - prelims and mains. Candidates who will qualify the first stage are eligible for the second phase.
To know about the previous year last admitted percentile and this year’s  NID cutoff please use the link provided below.The following link also provides percentile and cut-off based on categories.

All the best for your exam.

NID DAT 2020 cutoff is the minimum marks that candidates have to obtain to be eligible to apply for admission. The factors that are taken into account while determining the cutoff of NID DAT 2020 are:

For information regarding the cutoff for NID DAT 2019-2020, please check the following website to get the details category wise: https://www.google.co.in/amp/s/design.careers360.com/articles/nid-dat-result/amp