UCEED Exam Analysis 2021 - IIT Bombay successfully conducted UCEED 2021 on January 17 from 9 am to 12 noon in various exam cities. Candidates who appeared for the exam found Part A of the question paper slightly tricky. As per UCEED 2021 exam analysis, Part B was easy to moderate. UCEED is a national level exam conducted to offer admission to the students in various B.Des courses. As per the UCEED 2021 exam pattern, the entrance test consists of two parts - Part A and Part B. UCEED Part A is a computer-based exam and Part B was held in pen and paper mode. Total of three sections was included in the Part A question paper. According to the UCEED 2021 exam analysis from experts and students, while answering the multiple-choice questions, candidates adopted a cautious approach as there was negative marking. Numerical answer type questions are comparatively difficult to the multiple select questions. UCEED exam analysis mentions the test pattern, difficulty level and cutoff. Careers360 brings here the complete details of UCEED exam analysis 2021.
Latest: UCEED answer key 2021 released. Also, check UCEED cut off. 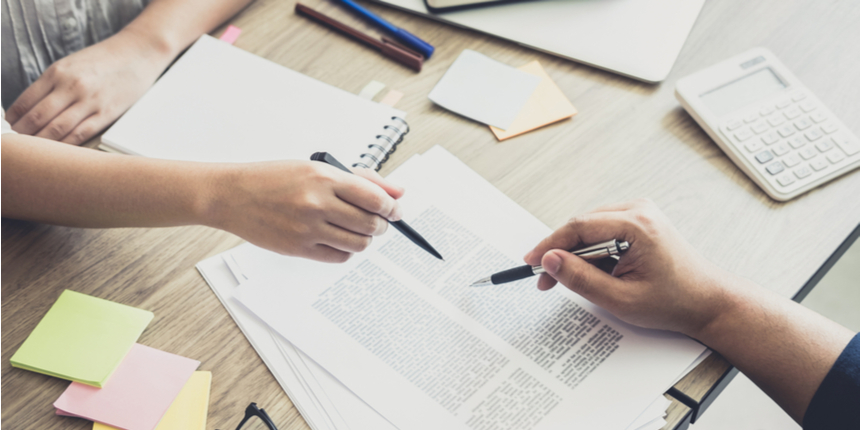 According to the exam pattern of UCEED, the question paper consists of 3 sections. Maximum 300 marks were allotted for both Part A and Part B. The medium of the language for UCEED question paper is English. There is a negative marking in Part A.

Abstract of the Question Paper Structure

IIT Bombay prescribed the cutoff of UCEED which have to be met by the candidates to clear the entrance test. It is mandatory for the candidates to obtain the minimum qualifying marks to clear UCEED 2021. The factors that determine UCEED cutoff are listed below.

The number of candidates who appeared UCEED 2019 has noticeably risen. According to the exam analysis, the paper was quite lengthy and students face challenges in time management. The question asked in the UCEED 2019 was different from last year’s question paper but had the same level of difficulty.

UCEED 2019 was of 3 hours with 85 questions carrying a total of 300 marks. The question booklet consists of Numerical Answer Type, Multiple Select Questions and Multiple Choice Questions and all sections were compulsory. Students who went through previous years’ mock papers found the exam relatively easy to moderate and were able to finish their exam within the stipulated time. The question paper were quite similar to those of the previous years.

Abstract of the Question Structure

UCEED 2017 was conducted in computer-based mode on January 22. The paper was almost similar to the 2016 paper and easy except the section carried negative marking. Section A, NAT (Numerical Aptitude Test) was a bit lengthy and time-consuming whereas the other sections were as usual. Some multiple type questions were tricky. Only computer-based questions were given to evaluate the design skills of the candidates.

UCEED 2016 was conducted on January 17 in online mode. The questions booklet of UCEED 2016 consisted of three sections which include Numerical Ability Type (NAT) questions, Multiple Select Questions (MSQs) and Multiple Choice Questions (MCQs). According to the expert, the question paper was unexpectedly quite tricky. A few questions from a historical and cultural topic related to design were included in the general awareness section. Students had to answer a lot of questions from aptitude as well.

Abstract of the Question Structure

Question: What will I get to know in UCEED exam analysis 2021?

Question: What will be the difficulty level of UCEED 2021?

Based on the previous years’ paper analysis, the level of UCEED exam is expected to be moderate. Candidates, however, should be ready for the difficult level too.

Question: Is there a negative marking in UCEED 2021?

Yes there is negative marking in part A where MSQ have -0.19 deduction if answered incorrectly and MCQ have -0.71 deductions if answered wrong.

Question: Is it necessary to clear both part A and B of UCEED exam?

Yes, it is mandatory for candidates to clear both, Part A and Part B, of UCEED exam. Marks obtained in Part-A will be used to shortlist candidates. Part A consists of NAT (Numerical Ability Test), MSQ (Multiple Select Questions) and MCQ (Multiple Choice Questions). Part-B consists of one question that is aimed at testing drawing expertise which will require subjective evaluation.

Question: How many questions are asked in the UCEED Part B exam?

Candidates need to solve one subjective, drawing related question in Part B of UCEED 2021. Questions in this section of the exam are displayed on a computer screen and aspirants need to draw/write their response in an answer sheet that is provided to them by the invigilator.

Question: When is the maximum marks allotted to UCEED 2021?

According to the UCEED 2021 exam pattern, 300 marks will be allotted in the entrance exam.

Question: When will the authority conducts UCEED 2021?

IS SYLLABUS OF NIFT AND UCEED SAME??


UCEED is an entranceexamination conducted by IIT Bombay for admission in Bachelor's of design program in IIT Bombay, IITGuwahati, IITDM Jabalpur,IIT Hyderabad.


NID Design Aptitude Test is conducted for admission in the prestigious National Institute Design (NID) campuses in Bachelors of Design (B.Des)course.
NIDis one of the best design institutes in India, which focuses on the development of a concept, design engineering, aesthetics, and product development and basically makes a student pretty well rounded.
The placement of NID is way better than that which you will get through admission in colleges through UCEED. The simple reason is that NID is solely dedicated to designing and is very prestigious brand.

IS UCEED TOUGH THAN JEE ADVANCE?

For more information about UCEED do follow the link below

WHAT IS THE SYLLABUS FOR UCEED ENTRANCE EXAM

For uceed entrance exam , the conductive body is indian institute of technology Bombay and so i am providing you the link of careers360 in which you will get all your information regarding the exam so kindly check out the link given below-

for b.deS which is best NID , UCEED, IICD, AIEED

NID is one of the best design institutes in India, which focuses on the development of a concept, design engineering, aesthetics, and product development and so on. Whereas, NIFT focuses mainly on apparel – the fabrics, garment structure, styling etc.

One of the best in a country with the companies from every field coming to take the placement. The demand for the design student is increasing day by day since the number of student passing out is always the same, but that number of companies visiting the campus is always increasing year by year.

UCEED is an online examination of three hours duration that is typically conducted in the month of January every year. Merely appearing for the UCEED exam or securing a spot in the UCEED rank list does not guarantee admission in BDes programmes.

Indian Institute of Crafts & Design is an academic institution located in Jaipur, India offering undergraduate and postgraduate programmes in areas of Craft Design.

The Common Entrance Examination for Design (CEED) is a joint entrance exam for post-graduate studies in the field of technological design held annually jointly at all IITs and Indian Institute of Science (IISc).

Uceed and Aieed both are exams that are required for admission.

Whereas NID and IICD both are Institute and comparing these two  NID is better. And for exam you have to check the institute.

UCEED Syllabus 2022: Check Part A and B Syllabus