NIFT Exam Analysis 2021 - National Institute of Fashion Technology successfully conducted NIFT entrance exam on February 14 in two slots. NIFT 2021 was held in 32 cities across the nation in pen and paper mode. Students were essentials to produce the self-declaration form of COVID 19 to appear in the written test. The first session of the exam i.e Creative Ability Test was conducted from 10 am to 1 pm. The second session of the exam i.e General Ability Test held from 2.30 pm to 4.30 pm. According to the inputs from the experts and students, the test was moderately difficult. As per the NIFT 2021 exam analysis, students were able to perform well in Creative Ability Test. Candidates found the Quantitative Ability section of GAT difficult whereas, the English section was easy. In accordance with the NIFT exam analysis by the expert, NIFT 2021 was overall moderately difficult. The institute evaluates the knowledge, skill and aptitude of the candidates through the national level design aptitude exam. NIFT entrance test consists of three phases - Creative Ability Test (CAT), General Ability Test (GAT) and Situation Test. However students who are seeking admission in Bachelor of Technology will have to appear GAT only. Read the complete article to know all about NIFT exam analysis 2021.
Latest NIFT Updates - Download NIFT 2021 answer key. NIFT 2021 exam analysis available now. Also check NIFT cutoff. 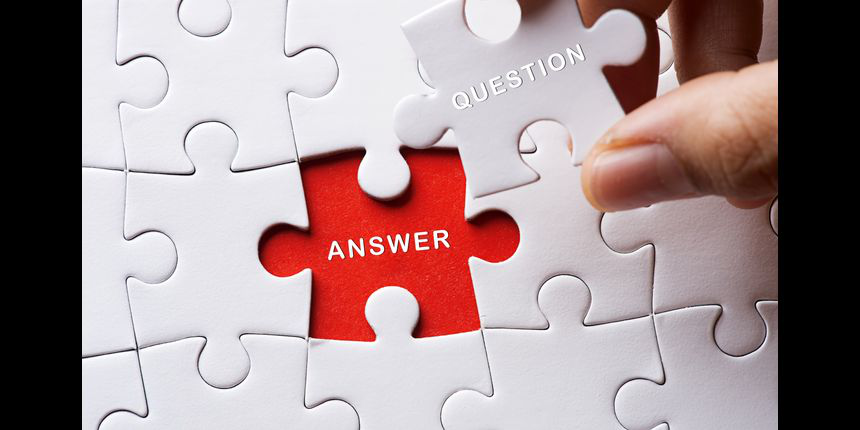 1. Design two options of virtual spaces for a webinar.

2. Design new emoji to express any one -

In conversation with the correspondent of Careers360, Ashish Sharma said that the Quantitative setion of GAT was difficult while he found Analytical and Logical Ability difficult to moderate. Students found the English section easy.

According to NIFT 2020 exam Analysis, the General Ability Test was easy. Candidates found the Maths section difficult, general knowledge section was easy while the English comprehension section was quite tricky. There were 100 questions in which the candidates were asked in GAT and they had to answer them in two hours. There was negative marking for every wrong answer.

Q.1. A bike was given and candidates were asked to complete the picture by depicting either two animals or an animal or a human being or two human being. Candidates had to give caption form the same.

Q.2.Prepare a comic strip in which candidates were given four boxes were given and we had to make in black white

(i) Visiting a dentist

(ii) my trip to mars

Q.3. There were three patterns that were given and it was of a fabric and candidates had to colour as per them any one of the following theme. At the same time, candidates were also asked to write and tell the reason why they had used a particular colour.

According to the exam analysis of NIFT 2019 for the creative ability test, candidates found the questions easy. They did not face any problem while answering the questions as they understood what was asked in it. In all, there were three questions.

One of the questions was wherein the candidate had to imagine themselves in 2050 and accordingly create a design using any of the following:

Candidates had to create an umbrella or roll lock or lunch box. The question was of thirty marks

As per NIFT 2019 exam analysis, there were five geometrical figures that were given and candidates had to create a design by using them. Here the candidates could not change the form, however, they could increase or decrease the size but no change in form was allowed.

By using these images candidates had to make either a letterbox or a wind chime or a personal desktop. This particular question was of 30 marks.

The third question that was asked in the creative ability test (CAT) of NIFT was that the candidates had to draw within the four boxes that were provided and they had to showcase the evolution or four stages of a particular thing. It could be a bird taking a flight from the ground into the sky, or how does a rose evolve from a bud to a flower or a shirt from being wet to the stage of drying. The question was of forty marks.

According to the NIFT 2019 exam analysis, the overall GAT paper was easy. Different candidates found various sections easy or difficult. However, most of them found English easy while the majority of them found the quantitative ability section as difficult.

Total Number of Questions asked in GAT paper of NIFT 2020

General English - As per the exam analysis of NIFT 2019, the 25 general English questions that were asked were mainly related to synonyms, antonyms, the meaning of idioms.

Reasoning - Reasoning section was also easy. One of the questions that were asked in this section was heights were given of 5 friends and pointers were there then 5 questions were based on those Pointers like who was the shortest, who 2 had equal height etc

Q. Whose birth anniversary is celebrated as National Education Day on November 11.

Q. Start something new - which brand has this tagline?

Q. Who is the brand ambassador of Aurelia?

Q. Which city was the largest dome in the world inaugurated by the vice president of India?

Q. Who is the author of Malgudi days?

Q. Who was captain of the Indian women's cricket team in the Caribbean tour?

Q. Live fit - from which brand?

Quantitative Ability - In this section, questions were asked from the following topics:

For Quantitative ability questions were asked on topics such as:

In NIFT CAT 2019, the maximum weightage given was of 100 marks. Candidates can check the table below to know types of questions asked in the same, along with the allotted marks.

NIFT 2018 GAT paper was according to students' expectation. The reading comprehension passages, however, were moderately difficult and lengthy. Questions from general knowledge and fashion aptitude were a bit tricky, which included company branding and advertising. The paper also included questions from major fashion events and fairs such as Vastra Fair, like the Gulf of Mannar in geography, politics and current affairs. Despite the paper was a bit difficult, students were able to finish the paper on the stipulated time.

As per NIFT exam analysis 2017, Creative Ability Test (CAT) was tough and it tested students’ overall expertise of drawing abilities, sense of perspective, technicalities of drawing and creative visualisation. The paper had three questions, each with a choice of three options. The first question was from the ‘Space Design’ category wherein students had to draw any one of the following scenes:

The second question in NIFT entrance exam was based on visual graphics, where students had to illustrate in colour a print on a T-shirt based on any one of the following:

The third question was a communication through doodle kind where the students had to express the distinction between the given pair of words through two separate visuals in given boxes.

In 2016, students attempted three questions in Creative Ability Test (CAT). The first question was based on color sensibilities where students were given four themes and they were required to do any two. Students had to show the transformation from one to another through colors. The choices were (a) Cocoon to butterfly (b) Dawn to Night (c) Spring to Autumn and (d) Shiny metallic to Rust. A total of 30 marks was allotted to this section.

Again, in the second question, students were given four choices of which students had to attempt any two. Students' ability to interpret the color and their emotional connect with the same were tested. The themes were (a)Sorrow (b) Happiness (c) Rebellious (d) Astonishment. This question was of 30 marks.

According to NIFT exam analysis 2016, the third question was aimed at testing students' designing ability. In this particular question, students were not allowed to color or shade. They had to design four products, which carried 40 marks. The products should have been designed in any of the shapes chosen - triangle, square, circle and rectangle. The categories asked were (a) A textile print (b) A footwear product (c) A table utility product (d) A clothing utility product.

NIFT Exam Centres 2022: Know all about the exam centres of NI...

When and where do I apply for 2nd round of NIFT exam for mfm course?

Its 2 years program and you can get a initial salary from 1.5 lacs to 2.5 lacs per annum after the completion of this course.

can we give nift entrance exam online at home

I hope it helps.

upcoming date to register for the nift entrance exam

National Institute of Fashion Technology conducts the NIFT exam to offer admission to the design aspirants in B.Des , B.FTech, M.Des and M.FTech.

Unfortunately NIFT 2021 has already been conducted on February 14 and has released the NIFT 2021 answer key for General Ability Test (GAT) in online mode on February 17.

For more details you can refer to the below shared link:

You can now try to appear for the NIFT 2022 exam. I will share a link which will give details regarding the same:

given below is the syllabus for the GAT 2021 exam for NIFT B.Design,

UCEED Counselling and Seat Allotment 2021 - Round 1 Result (Out), Seats Matrix

UCEED Syllabus 2022: Check Part A and B Syllabus